3 Methods of Outreach to Get Thought Leaders Sharing Your Content

The internet is a great place to market your business, yet getting good exposure can be extremely tough, regardless of how great your USPs are. It takes a long time to build up a large following, and some might argue you can’t do it alone.

Thankfully, communicating with others in your industry has never been easier. Through relationship building and outreach, small businesses can get their content shared and promoted by influential figures on social media. This increases their level of exposure massively in a relatively short period of time.

Want to get your content out to a much larger audience? Here are the best approaches to reaching out to the thought leaders of your industry:

1 . Straight to the Point

Sometimes, instead of beating around the bush it’s best to be straightforward. The people you’re reaching out to will be busy but many are also aware that their sphere of influence can be used as a helping hand.

If you share the same industry and your content is good, there’s room for thought leaders to share it so be direct and nudge them in the right direction. Whether it’s via a Twitter direct message, a tweet, a message on LinkedIn or an email is up to you.

Twitter DMs become less effective the more followers an individual has because they no doubt receive dozens of (probably automated) messages daily. Tweets on the other hand, are a great method of communication because they can be repeatedly propped up by other people favouriting and retweeting them, making them more noticeable to the recipient.

The crucial strategy of an outreach tweet is to be aware of the character limit as well as the prospect that the tweet might become the shared content, via a retweet. Because of this, ensure what you write covers your request as well as being promotional in its own right – it might be viewed by an enlarged audience.

As for emails and messages on other platforms, flattery is fine, but don’t be a sycophant; somebody who is often approached for promotional reasons will want a time-conscious and concise rundown.

There will be people who simply don’t respond to direct requests to share content out of the blue. This can be for a variety of reasons, from time constraints to a strict quality control ethos. In these cases, a little warming up is necessary. 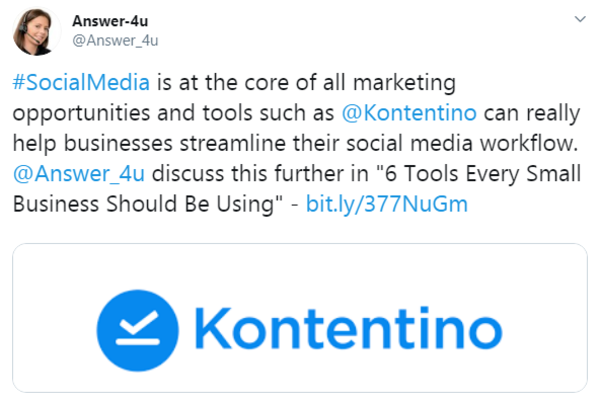 Once you’ve established this base, the request for them to share content will be much more likely to succeed.

3. Give Before you Take

It’s important to realise that a successful business can only be achieved through mutually beneficial relationships. Because of this, before any request for promotion (or anything else, for that matter) you should contemplate whether you’ve provided equal benefit. Chances are that if you want something from a big player in the industry, you’ve got to create some leverage.

This doesn’t have to be difficult. If you occupy the same industry, offering content as a guest post is a good start that also showcases the quality of your material. Sharing, linking and quoting influential figures are other established methods to increase the likelihood of them being receptive to sharing requests.

The key here is to provide real value, to the point where gratitude and relations justify a returned favour such as a retweet, a link or a feature.

Forming meaningful partnerships is easier than ever online. With the amount of content being shared on social media, reaching out to thought leaders with a large following is a great way to get your content visible above the rest, as well promoted to a larger audience.

Using a Call Handling Service in Your Disaster Recovery Plans

What a New Survey Tells Us about Business Phone Etiquette