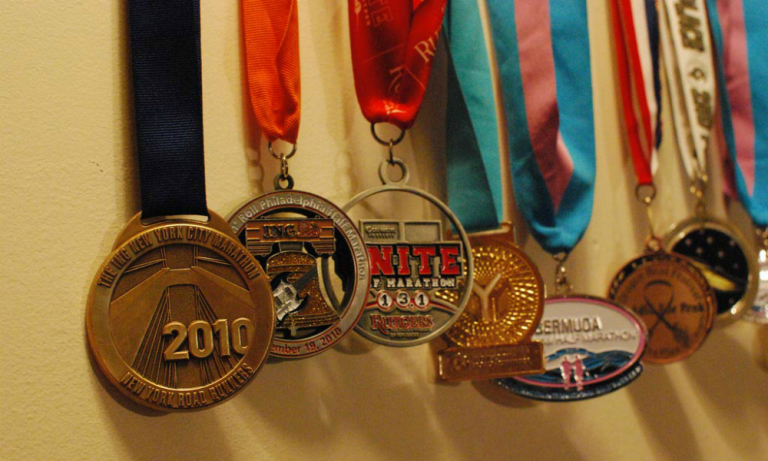 Does the annual London Marathon leave you in a state of awe? It’s not just the sheer distance, the determination of the runners, but also the lengths people went to so they could achieve their goals.

And that got us thinking. Is running a business like running a marathon? Are there skills and mindsets that one could learn from the brilliant people who spend months training to compete?

Of course. Perhaps running isn’t your thing, but there’s still a lot of key skills and lessons to be learnt from those that do, and if you know them, you’ll find they’re transferable to the world of business.

You’re sceptical, we can tell. Well, prepare to be amazed.

If you’ve never run in a competitive way, you might think that you can just set off and gambol about like a puppy let loose for the first time. However, if you do adopt the puppy approach to running you will very quickly lose stamina and fall behind. That’s why runners plan for months in advance, creating intricate training plans, carefully calculated diets and meticulously checking their footwear and gait.

The same is true of business, if you’re going to run the race and finish, you need plans put in place. These plans can take the form of organising your marketing strategy, choosing the best team for a specific project or having a contingency plan for the worst-case scenario. It may sound obvious, you may wonder what business wouldn’t plan ahead, but the fact is that sometimes we get so excited about the goal, we skimp on the nitty-gritty things that make them achievable. Or we do achieve on the macro level, but in terms of quality, we see we’ve fallen short. The point is this: In business, don’t be a puppy.

Injuries are rife in all sports, running being no exception. The key thing with injuries is that often, they require time to heal and medical intervention. For someone who’s striving towards an end goal, aiming for a certain time for instance, this lost time can be infuriating to deal with. Which is where people tend to try and push themselves before they’re ready. This only results in prolonging, if not exacerbating the injury, and setting yourself further back.

A little like business. Perhaps you’ve taken on an employee who isn’t turning out to be the person you needed, but you think it’s something that can be dealt with further down the line. The things you ignore, that seem little or disproportionate to the result, are often the very same things that trip you up later down the line. Don’t ignore injuries, tend to them correctly or you hurt the aim.

There will be points on a run, especially on a marathon (which is the very definition of arduous), where you’ll feel like giving in. Even people who love running, will often get to a point where it simply doesn’t seem possible to continue.

In business, you might have an unhappy customer, plus a huge shift in management, plus an economic flux that hits your company hard. All of which are things that would make a lot of us want to throw in the towel.

But as with any goal, nothing gets achieved by quitting, and with the proper planning and damage limitation in place, the moments of feeling like giving in are far reduced.

So, there you have it. Turns out running a marathon is just like running a business. You need comfy shoes, a lot of deodorant and special protein shakes.

The Best Books for Business

Phone Facts: Dazzle your Friends and Impress your Neighbours