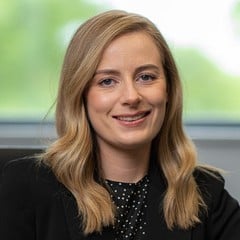 With team messaging programs like Slack becoming more and more popular, it’s not surprising that people having been questioning whether email in the workplace can – or should - endure.

But endure it has, with the numbers to back it up. Email’s longevity is down to a variety of reasons – ultimately, it seems a private online letterbox still seems to appeal to people. Frustratingly, as email continues, so too does the failure to adhere to its established etiquette. Let’s talk about getting them right in the workplace, and keeping the quality high. Here are the key culprits holding your emails back.

"Well, what’s in a name anyway? Apart from my sense of self and identity…"

This is especially true of names. It is astoundingly common to send an email that ends with:

Only to receive the enthusiastic yet off-putting:

Misspelling a name when it’s in front of you immediately gives the impression that you aren’t particularly attentive and also questions how well you’ve digested the body of the email if you haven’t even made it past the greeting correctly. It doesn’t take a moment to check and saves you from sending lazy vibes to your recipient.

The same goes for grammar, including capitalising words and such.

It may sound pedantic but sloppy grammar can throw the reader’s concentration and undermines the professionalism of your correspondence.

When it comes to the oft-misused exclamation mark, we suggest less is more. Increasingly, the exclamation mark has become the equivalent of sending an x on the end of a text message, to soften the words that came before it.

Or if not that, it’s thrown in to display other emotive extremes such as humour, exasperation and panic. All of which can be acceptable - but not necessary after every single sentence. Let the full stop have some limelight, he’s been stopping sentences for as long as the exclamation mark has after all.

Question marks are another overused symbol. We’ve all received those emails that look like this:

It seems to be the unwritten rule that the more question marks you put, the greater the urgency. Worse still if there’s a few of the aforementioned ‘!’ thrown in too.

If it’s an important question, put one question mark and stress the urgency with your words instead.

As for the emoticon we suggest to tread carefully. Anything an emoticon can say words can say better. Emoticons are only appropriate when correspondence has developed beyond formalities to something more familiar. Introduce them prematurely and you risk diminishing your professionalism, again.

It’s a work email, so we’re not suggesting you start the conversation with a casual ‘s’up’ but a good morning/afternoon and a kind/warm regards at the end never hurt anyone. People who ignore your greeting and dive straight into the task at hand can come across as brash and abrupt. They may not be either of those things, merely focused on the task at hand but in missing out on these social niceties you run the risk of being perceived that way.

Professionalism is something that maintains respect between all involved parties. While the literal meaning of pleasantries is somewhat hackneyed, their presence still promotes the idea that your recipients matter.

While email remains one of the staples of formal business correspondence, let’s get them right. Always double check before you hit the send button. Play it safe with initial emails by omitting emoticons and ensuring your professionalism remains by the books.

Creating Killer Content to Drive New Leads to Your Site

How to Retain Your Social Media Following